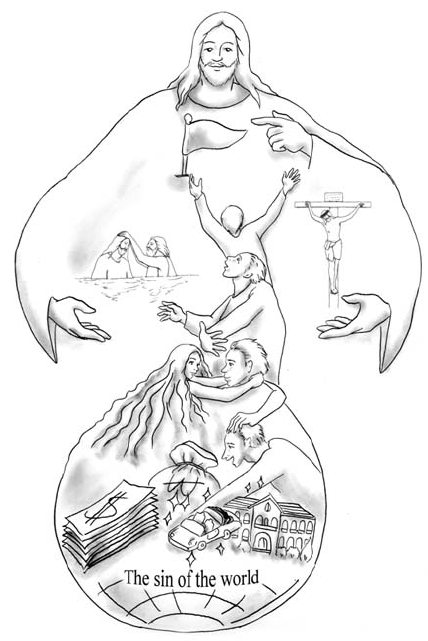 (Hebrews 11:6-7)
“But without faith it is impossible to please Him, for he who comes to God must believe that He is, and that He is a rewarder of those who diligently seek Him. By faith Noah, being divinely warned of things not yet seen, moved with godly fear, prepared an ark for the saving of his household, by which he condemned the world and became heir of the righteousness which is according to faith.”

The Sin of a Leader Led to an Irreversible Consequence

Our Church has found it necessary to publish a book on heresy but I have some concerns regarding this. Many people think that Solomon was a great king. There are also those who do not know that King Jeroboam in the Old Testament, a prominent leader who spearheaded heresy, appeared all because of Solomon’s sin. The sin of Solomon was the sin of bringing idols into Israel and making Gods people worship them. Therefore, we can say with certainty that King Solomon brought about a revival of idols in Israel. I am really embarrassed to speak about Solomon.
Solomon had 1000 wives and concubines and there were many gentile women amongst them. Solomon arbitrally took gentile women as his wives and worked hard to appease their many gods and idols all to gain their hearts. Let’s ponder upon this bad situation. If say, each of his wives believed in a certain kind of religion, then how many different religions would he have to contend with since he had so many wives? One thing we can be sure of is that some of them began to insist on worshipping their idols instead of the true Jehovah God. Solomon’s wives began to bow down and worship some image carved out from stone or wood and worshipped that.
They recited chants to these idols and so forth; and King Solomon had to cast a blind eye when the queens were offering these sacrifices. His many wives brought these idols with them from their homelands and lit incense and offered up evil sacrifices. Solomon asked his wives, “How do the idols answer you?” Then they replied, “Go ahead and light incense and offer up a sacrifice to my god.” Solomon then retorted, “I believe only in Jehovah God.” Then his wives started manipulating him, saying, “Didn’t you say that you loved me? If you really love me you will light the incense to the god that I love.”
No matter how Solomon refused and remained adamant that he could not worship any gentile god, his wives kept on insisted, “Didn’t you say you loved us? You can prove your love for us by worshipping the gods that we believe in?” The nagging words of his wives began making sense to him. Soon King Solomon also began bowing down to their idols all to appease his many wives.
Can we imagine how many different kinds of idols there were in his kingdom seeing he had so many different Gentile wives? Let’s say his first wife lit incense and bowed down to her idol. When his other wives saw this they said, “Why can’t we do that also? You must give us these same privileges to worship fairly if you really love us.” In this situation, how could a king refuse these requests, seeing they were all his beloved queens? Upon seeing this evilness by their king, how would the people react? They all would slowly turn and also begin to bow down to these many idols. Soon all of Solomon’s officials had to bow down and worship these idols. And, if Solomon’s loyal subordinates did such evil things, then soon all of Israel began bowing down to these idols. During that time the Israeli people followed the faith of these queens and served them in accordance with their various religions in order to earn some brownie points.
So we can now see that it was Solomon who was guilty of bringing idols into Israel. He was the very person who made all of Israel heretics. Because of Solomon’s sins, God said Jeroboam will become king of Israel. Solomon had driven Israel to worship idols because of accepting Gentile wives.

The Israeli People Did Not Obey God’s Rule

Actually it was Jehovah God who personally ruled over Israel, and it would not be wrong to say that judges also ruled over them during that time. The Israeli people served God and had a system of theocracy until the time of judges. Joshua was also their leader. However, the Israeli people began to reject theocracy and wanted to establish a kingdom of Israel and have a human king rule over them.
Therefore, they desired to be ruled by a faulty human being instead of being ruled by the perfect God. God therefore told them, “Do not do this. If a faulty human being ruled over you, he will for sure drive you to your deaths, and he will not be able to solve your problems when you face any dire situation.” God tried to stop them from doing this, but it was useless. Because they insisted to be ruled by a human being, God then commanded Samuel, “Do as the people wish and establish a human king for them.”
Who did the people want as their first king? They chose Saul, and Samuel established him as king. He was very tall and handsome, towering over others. The Bible says that Saul was head and shoulders above most Israeli’s. Saul thus became the first king of Israel. However, from that moment on, we can see things changing by them beginning to disrespect Gods Word, not revering Him and offering up sacrifices to idols.
But despite this even in a system of monarchy, God desired a person who revered Him to rule over His people and thus established David, but they instead went against God and established Saul as their king. Because of this situation, the things that were not allowed to do in the time of King David were becoming acceptable during Solomon reign who was Davids son; and under Solomons reign the entire country of Israel became a nation that worshipped idols. Because the people worshipped idols, God decided to give the royal authority over the Israeli people to another person to punish them. But God did not let this happen while Solomon was alive, but only after Solomon’s death. God did this because He wanted to keep His promise to David whom He loved.
After the death of Solomon, Rehoboam his son became the king. God then took the royal kingship and gave it to Solomon’s official called Jeroboam, who was not born from his royal bloodline. God took the people from the 11 tribes among the 12 tribes of Israel and gave them to Jeroboam. Therefore, Israel being one nation was divided into a northern and a southern kingdom. And so Israel was divided, both north, and south. And Jeroboam in the north started replacing God with golden calves. He changed everything that was established by God with golden calves, even changing the established law of sacrifice, and the statute of God that stipulated that only the descendants of Levi could become priests. And so in time all the 11 tribes of Israel served golden calves. But the smaller southern tribe of Judah did not serve idols or follow this heresy, but eventually they also succumbed to this evil custom of serving idols. Thus, Israel eventually became a country that worshipped idols.

What Kind of Faith Do the People in Christianity Have Today?