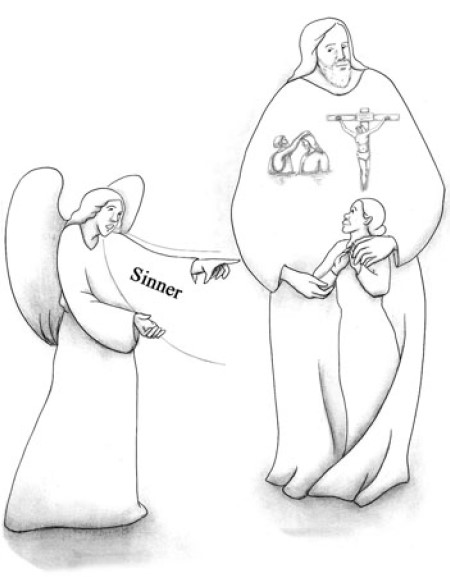 Today we read the Word from the Gospel of Luke chapter 19. The Lord tells us about how He evaluates our life of faith through this passage.
It is written that a certain noble man went into a far country to receive a kingdom. And before he left, he distributed his money to his servants telling them to do business and make a profit with it. That was what the noble master wanted. But as he was leaving after giving away his money to the servants, a crowd said behind his back that they didn’t want the man to become their king. Nonetheless, the master still headed to the far country.
This account refers to the Church and the Lord Jesus Christ. The master entrusted minas to his servants to do business. Likewise, God came down to earth in human form, remitted our sins and saved us from our sins, and He keeps the work of salvation going through His Church. He also gave us talent. In today’s passage the currency is mina, but in other Books of Gospel such as Matthew, ‘talent’ is the equivalent. This ‘talent’ means ability. So this word also means a person who possesses unusual innate ability in some field or activity. Anyway, the word, “talent” originated from the name of the currency in the Bible. Our Lord saved us and gave us talents so that we can live for the gospel and live by faith on earth. He gave us not only faith, but also ability and talent.
Going back to the Scripture, we see some grumbling people who didn’t want the noble man to be their king; regardless of what people think, the Lord came to this earth for us and saved us through the gospel of the water and the Spirit, and blessed us with the ability and talent to live by faith. Even though we all received such talents, one or two out of ten didn’t want Jesus to be their king saying, “We will not have this man reign over us” (Luke 19:14). On the other hand, there were people who were serving and following the master. They were faithful in a very little matter that their master entrusted with them as he left for a far place. There were two kinds of people as you can see here.
Likewise our Lord, who is not with us physically, but resides in the hearts of the righteous, will ask us how faithfully we have done our job and He will count our work when He returns to this earth as He promised. He will ask those who have received the remission of sins, “How well have you done My business in this world with the talent, strength and other things I gave you?” Then, we must give an account of our work saying, “I have done this and that with the talents and gifts I received from You.” Everybody will have to sum up his or her work. We will all report to our Master, “You gave me this much, and I did this and that.”
One of the ten servants boldly took out his handkerchief and said, “Here is your money,” when he was asked to give his account. He unfolded the handkerchief in front of his master and said, “This is what you gave me when you left, and I kept it in the handkerchief and brought to you as it was.” This servant was one of the disloyal people who didn’t want the noble man to be their king. He was saying, “You are an austere man like a tyrant. You only gave me one mina and expected me to make a profit. I am not a gang member and I don’t like you.” He might have thought to himself that he should return exactly what he was given. There was the money in the handkerchief. And he said, “Master, here is your mina, which I have kept put away in a handkerchief. For I feared you, because you are an austere man. You collect what you did not deposit, and reap what you did not sow” (Luke 19:20-21). He boldly said to the Lord that He collects what He didn’t deposit, and reap what He did not sow.
And the master said, “Out of your own mouth I will judge you, you wicked servant. You knew that I was an austere man, collecting what I did not deposit and reaping what I did not sow. Why then did you not put my money in the bank, that at my coming I might have collected it with interest?” (Luke 19:22-23) The servant considered the master as a very unfair master, who didn’t give him much, but still tried to get much out of him. He complained that his master tried to reap what He did not sow. He thought, “Gosh, how am I supposed to make a profit with nothing basically? What kind of man is this? I didn’t want this man to become my king from the beginning.” While everybody was given one mina, he kept the money in a handkerchief and returned it to his master when he came back. In his mind, he didn’t do anything wrong. He did what he thought was right. He gave his account shamelessly and said, “You are a very stern man, and you are trying to reap what you did not sow and get what you don’t deserve.”

The Lord Told His Servants to Slay the Man

Is Jesus Christ Our King?