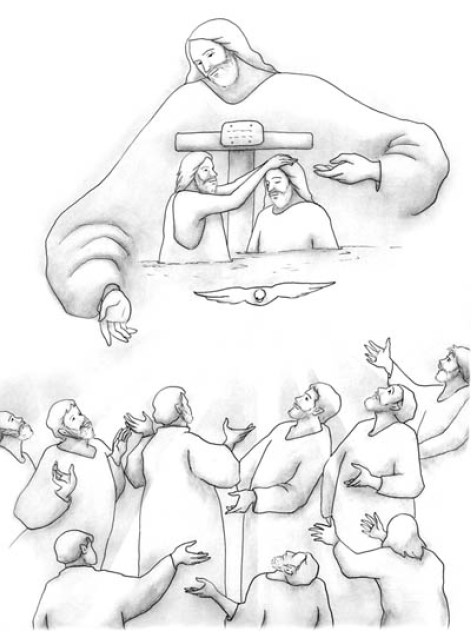 How Triumphant Must This Colt Have Been?

With so many people welcoming Jesus so enthusiastically, the colt must have felt quite triumphant, as though it deserved to be welcomed. It was just walking with Jesus on its back, but the people were so glad to receive it, and so it must have felt very happy. The colt probably was very surprised, thinking to itself, “Is this real or am I dreaming? I can’t believe so many people are so glad to see me. The people that I used to know didn’t even feed me that well, and they used to whip me or kick me whenever they saw me. Why are these people then welcoming me so enthusiastically?” If the colt were smart, it would have realized that it was being glorified because of Jesus; if not, it would have run out to the field after carrying Jesus into Jerusalem and gone berserk, thinking that it was all his doing. Anyways, when Jesus entered Jerusalem, the colt was very happy, and so was Jesus.
Maybe you are wondering here what relevance this passage has for us. But the Lord still wants to give us a very profound lesson through this passage. My fellow believers, as you can see here, the colt carrying Jesus was greatly glorified because of the Lord. From this passage, we need to think about the relationship between the colt and Jesus, and how the colt was able to receive such glory. In other words, we need to ponder here what this passage is telling us.
From the very birth, every colt is born destined to carry loads for the rest of its life. After thus being exploited for its entire lifetime, it is discarded as a useless animal once it is injured or falls ill. It is then slaughtered and its skin is used to make leather products. Since the donkey is born to be used by people, it has to accept its destiny even if it is harsh. That is the fate of every donkey. The donkey born on this earth is destined to carry loads whether it likes it or not, and it is born as an animal to serve human beings. It’s the donkey’s fate to serve human beings by carrying their loads for them.
If it is the colt’s destiny to carry loads, what is the fate of human beings? The same is true for us human beings. We, too, were born destined to serve someone and something in our lives. Just as it is the donkey’s destiny is to be a possession of its owner and carry loads for all of its life to serve him, it is our human destiny to belong to someone, either to God or someone else. We must realize clearly here that everyone is destined to belong to either God or someone else, and to live his entire lifetime for his master.
Although the people of this world may seem like free beings, in reality, they are bound by others and tied down to the world. So unless there is some change, everyone must live the rest of his life in this world serving someone else. Even though people think that they are living according to their own free will, in reality, most people are bound by the world, dragged to wherever the world leads them and serving someone else until their death. This fate is not reserved for a particular group of people, but it is the destiny imposed on everyone in the world. Almost all people live and perish without being freed from this yoke.
How is our human fate any different from that of the donkey? All its life the donkey has to work to serve its owner, and even when it dies, it has to offer its everything to its owner, including its flesh and skin. For those who have not been born again, their lives are no different from this life of the donkey. It is a great delusion for anyone to think that he is living by his own free will when he is in fact not living as a free being before God. My fellow believers, through today’s Scripture passage, God is telling us that the fate of mankind is the same as the fate of the donkey. The colt in today’s Scripture passage is an analogy referring to none other than yourself.

Once Born on This Earth, You and I Are Destined to Be Bound by Somewhat

Our Lord said, “Go into the village opposite you, where as you enter you will find a colt tied, on which no one has ever sat. Loose it and bring it here. And if anyone asks you, ‘Why are you loosing it?’ thus you shall say to him, ‘Because the Lord has need of it.’” All of us are to be tied to someone; the only difference is whether we are bound by God or someone else. Fundamentally, it was our fate to be bound by this world, to be subjugated to another human being, and to toil away for the rest of our lives till death. All of us were imprisoned in such a fate only to perish in the end, but one day, our Lord set us free. The Lord had commanded to untie us from our bondage to the world and bring us to Him.
And to those who ask, “Why are you untying them and taking them away?” the Lord told His servants to say, “The Lord will use them.” Our Lord, the Master of all creation, had compassion on us when He saw how we were living in the bondage of this world that He had created, and so He set us completely free. When the Lord told the disciples to untie and bring the colt that was tied down but not used yet, He was saying that He wants to set us free for His use, and the unsullied souls that are bound by the world but still have not been tainted by it.
Born on this earth, you and I must serve either God or someone else. We can’t serve both at the same time, but only one; and when we were born, we were fundamentally bound by the world. Before being born again, all of us were bound by our sins and enslaved to this world. Throughout our lives we had been tied to the basic necessities of clothing, food, and housing, we had been seized by the fear of death, we had been worried about aging and illnesses, and we had yearned for worldly glory and other such things. Our lives had been tied to such worries and concerns. Obsessed only with the prosperity of our own flesh, we had struggled to ensure it in our lives, worrying to ourselves, “How can I keep my health? How can I live long? How can I become rich? How can I avoid falling sick?” Even though we had tried to resolve these issues, in reality these things became our shackles to tighten the noose around us even more.
Think about it. How can anyone living in this world not be attached to these issues? Eventually, people recognize that they cannot escape from such bondages, and so they accept them as their fate and are bound by this world, trying to make the most out of it. Like this, it’s inevitably for everyone to be used by someone else unless he is used by God, and anyone who does not abide in God cannot help but be forever bound by the world.

What Will You Do If the Lord Calls You for His Use?