Subject 25 : The SONG OF SOLOMON 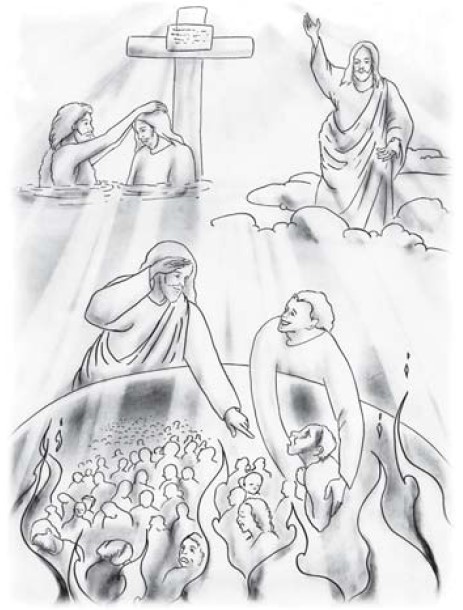 (Song of Solomon 6:1-13)
“Where has your beloved gone,
O fairest among women?
Where has your beloved turned aside,
That we may seek him with you?
My beloved has gone to his garden,
To the beds of spices,
To feed his flock in the gardens,
And to gather lilies.
I am my beloved’s,
And my beloved is mine.
He feeds his flock among the lilies.
O my love, you are as beautiful as Tirzah,
Lovely as Jerusalem,
Awesome as an army with banners!
Turn your eyes away from me,
For they have overcome me.
Your hair is like a flock of goats
Going down from Gilead.
Your teeth are like a flock of sheep
Which have come up from the washing;
Every one bears twins,
And none is barren among them.
Like a piece of pomegranate
Are your temples behind your veil.
There are sixty queens
And eighty concubines,
And virgins without number.
My dove, my perfect one,
Is the only one,
The only one of her mother,
The favorite of the one who bore her.
The daughters saw her
And called her blessed,
The queens and the concubines,
And they praised her.
Who is she who looks forth as the morning,
Fair as the moon,
Clear as the sun,
Awesome as an army with banners?
I went down to the garden of nuts
To see the verdure of the valley,
To see whether the vine had budded
And the pomegranates had bloomed.
Before I was even aware,
My soul had made me
As the chariots of my noble people.
Return, return, O Shulamite;
Return, return, that we may look upon you!”
We just read Song of Solomon 6:1-14 for today’s Scripture reading. This Song of Solomon is a poetic expression of the loving relationship between God and His workers. The key protagonists in this Scripture are Solomon and the Shulamite woman. The love whispered by these two manifests the love between God and His servants. The Song of Solomon makes no mention of the name Jesus Christ. However, God included it in the Old Testament in order to explain to us what kind of relationship God has with His servants.
Put differently, the Song of Solomon was canonized because it does an excellent job of describing the love between God and His servants. We should also note here that this particular Scripture does not explain or teach us about the gospel of the water and the Spirit in any substantial detail. Rather, it is teaching us about the loving relationship between God and His servants, explaining to us just how much the Lord loves His workers.

In God’s Sight, His Servants Are Exceedingly Beautiful

Why Do So Many People Fall into Depression These Days?