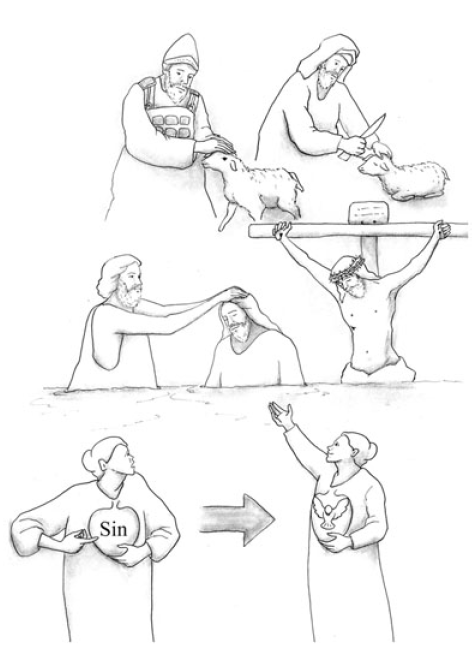 When we turn to 2 Kings chapter 5, we read about General Naaman. It’s written here that Naaman was the commander of the army of Syria, but he was also suffering from this dread disease of leprosy. Even though he was the commander of the entire army of a nation and highly respected for the many things he had done for his country, but because he was a leper, he could not find true happiness. Outwardly, he was rich, successful and powerful. As a solder, he was a great man of duty, but as a leper, he must have felt very sorry not only to himself but also to his family. General Naaman was ashamed of his leprosy, and his life was not very happy either.
However, he heard good news from his wife’s slave, a young Hebrew girl working in his house. This young girl, a captive from the land of Israel, was serving Naaman’s wife. When the girl found out that General Naaman was suffering from leprosy, she told his wife that if he went to Israel and saw a servant of God named Elisah, he would be healed from leprosy.
As you all know, in those ancient days leprosy was known as an incurable disease. Leprosy covers the victims’ skin with sores and leads the whole body to rot away. At that time, it was considered to be a fatal disease.
In fact, there were other diseases that were as incurable and fatal as leprosy was in the days of the Old Testament, but spiritually speaking, what is the fatal disease that claims every victim’s life? It is none other than the “diseases of sin.” What kills and ruins everyone forever? It is the sins of mankind. It’s very important for you to realize here that if anyone lives with a sinful heart, this person must face condemnation for his sins.
It’s not anything else but the disease of sin that ruins one’s soul. If there is one disease that kills everyone, it is none other than the disease of sin that afflicts everyone from the day one is born in this world. All human beings have sin from the day they are born in this world, and therefore unless they are washed clean from these sins, they will perish forever.
Because everyone has this dreaded thing called sin, everyone must face the punishment of that sin as the result. All human beings are born as sinners in God’s sight, and they all live with these sins. It is therefore absolutely indispensable for everyone to realize their sinfulness before God. And people must also realize that regardless of whether or not they recognize God and His law, they were all born with sins, and therefore these sins will lead them to death. It is like the flesh of General Naaman rotting away because of his leprosy. Even though he was the commander of the army of Syria and the greatest hero of that nation, he was bound to lose his everything due to his leprosy. Like this, everyone is facing ruin because of their sins. What is killing everyone is the sins that people have. It is this dread sickness of sin that is killing human beings.