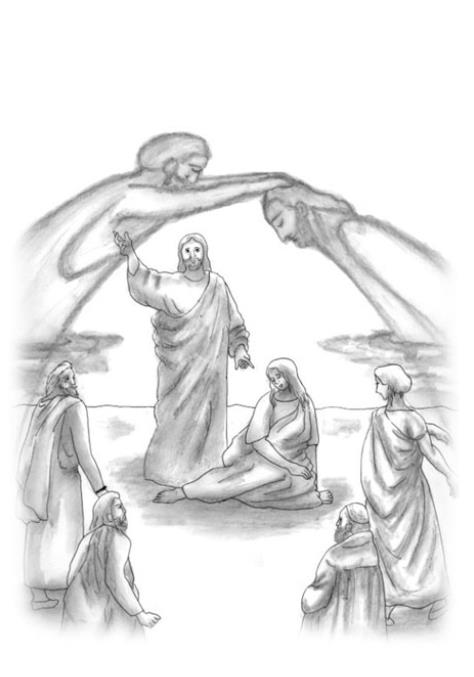 His Love Is Greater Than His Justice

Do we have sin in our hearts when we are in Jesus Christ?
No, we don’t.
Dear friends, the woman who was caught in adultery believed in the words of Jesus and she was saved. Her story is recorded in the Bible because she was blessed with His eternal redemption. However, the hypocritical scribes and Pharisees ran away from Jesus.
If you believe in Jesus, it is Heaven that awaits you, but if you leave Jesus, you will go to hell. If you believe in His righteous acts, it is like Heaven, but if you do not believe in His works, it is like hell. Redemption is not up to the endeavors of any individual, but to the salvation of Jesus.
Let’s read Hebrews 10. “For the law, having a shadow of the good things to come, and not the very image of the things, can never with these same sacrifices, which they offer continually year by year, make those who approach perfect. For then would they not have ceased to be offered? For the worshipers, once purged, would have had no more consciousness of sins. But in those sacrifices there is a reminder of sins every year, For it is not possible that the blood of bulls and goats could take away sins. Therefore, when He came into the world, He said: ‘Sacrifice and offering You did not desire, but a body You have prepared for Me. In burnt offerings and sacrifices for sin You had no pleasure. Then I said, ‘Behold, I have come—in the volume of the book it is written of Me—to do Your will, O God.’ He takes away the first that He may establish the second. By that will we have been sanctified through the offering of the body of Jesus Christ once for all” (Hebrews 10:1-10).
“By God’s will” Jesus offered His life to take our sins all at once, and was judged all at once and resurrected.
Therefore, we have been sanctified. “Have been sanctified” (Hebrews 10:10) is written in the present complete tense. It means that our redemption was completed absolutely, and does not need to be mentioned again. You have been sanctified.
“And every priest stands ministering daily and offering repeatedly the same sacrifices, which can never take away sins. But this Man, after He had offered one sacrifice for sins forever, sat down at the right hand of God, from that time waiting till His enemies are made His footstool. For by one offering He has perfected forever those who are being sanctified” (Hebrews 10:11-14).
You are all sanctified forever. If you commit sins tomorrow, will you become a sinner again? Didn’t Jesus take away those sins also? He did. He took away the sins of the future, too.
“But the Holy Spirit also witnesses to us; for after He had said before, ‘This is the covenant that I will make with them after those days, says the Lord: I will put My laws into their hearts, and in their minds I will write them.’ then He adds, ‘Their sins and their lawless deeds I will remember no more.’ Now where there is remission of these, there is no longer an offering for sin” (Hebrews 10:15-18).
The phrase ‘there is remission of these’ means that He expiated all the sins of the world. Jesus is our Savior, both my Savior and your Savior. Believing in Jesus has saved us. This is the redemption in Jesus and the greatest grace and present from God. You and I, who have been redeemed of all sins, are the most blessed of all!
Terms and Conditions Privacy Policy Cookie Declaration Contact Us