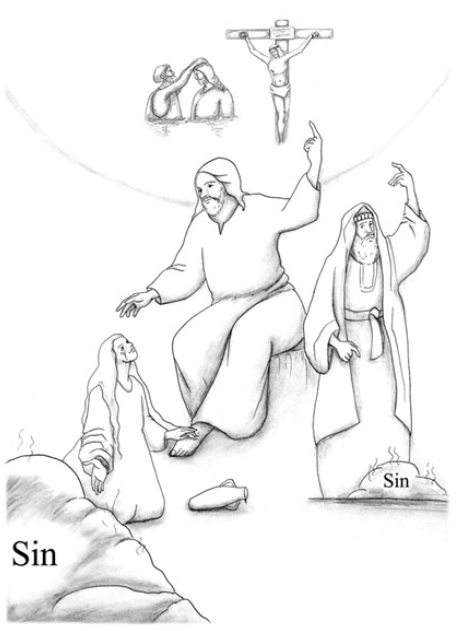 Heretics Are Cursed for Generations to Come

Jeroboam’s son was named Nadab. Although he succeeded his father’s throne to rule over Israel as its king, he was eventually murdered by one of his servants, and his entire family was also wiped out. As King Nadab was evil in the sight of Jehovah, and he walked in the way of his father Jeroboam, the curse of death followed every generation of Jeroboam’s house. While King Nadab the son of Jeroboam was waging war in a place called Gibbethon, one of his officials, named Baasha, conspired against him during the war, killed him, and became king in his place. When Baasha became king of Israel, he struck the whole house of Jeroboam and destroyed everyone, leaving no one alive. Jehovah had prophesied this destruction of the house of Jeroboam through the Prophet Ahijah, and it came to pass exactly as prophesied. The Bible shows that everything God had said to these kings through His prophets was all fulfilled as promised. Baasha, who had conspired against his king Nadab and killed him, passed his throne to his son, but once again, an official named Zimri plotted against the new king and killed him, thus usurping the throne of Israel.
God had said that because of the sins of Jeroboam, He would kill every man in the house of Jeroboam. As the sins of Jeroboam had provoked the wrath of God, He had promised that He would kill everyone who emulated Jeroboam’s faith, and everything came to pass according to this Word of God. There was hardly any king in Israel who lived a full life after assuming the throne. Almost every king either died in the battlefield or was murdered by his treasonous servant.
One thing common to all these kings is the fact that they committed the same sin that Jeroboam had committed and were put to death by God. When the son of Jeroboam became king, he, too, committed the same sin that his father had committed before God. He worshiped as his gods the golden calves that his father had believed in, and having thus provoked God’s wrath, he was eventually murdered. Just like his father, he sinned by appointing ordinary people to the priesthood, making a priest out of whoever wanted to become one. As a result, he suffered an accursed death. For virtually all the kings of the northern kingdom of Israel, it was invariably through treason that they made themselves kings.
King Nadab was killed by a man named-Baasha who was mentioned in today’s Scripture passage, and Baasha plotted against his king Nadab and assassinated him in a place called Gibbethon. While King Nadab was busy waging war against his enemy troops in Gibbethon, Baasha murdered him and made himself king of Israel. Once Baasha assumed the throne, he killed every male in the house of Jeroboam and spared no one. And after becoming king, Baasha himself also committed the same sins that Jeroboam had committed. A wretchedly flawed faith had been passed on, and all this was the result of one man’s fallacious faith. Just as a child inherits the blood of his parents of the flesh, the faith of a heretic had also been inherited by his successors.
Here, we have to keep in mind that every faith is passed on and inherited by someone, regardless of whether it is the right faith or not. Just as in a dynasty a son succeeds his father’s throne, so does flawed faith continue to be passed down and succeeded by its followers. That’s why in the northern kingdom of Israel, its monarchs committed the same sins that King Jeroboam had committed. Because they committed the same sins like this, God punished them by moving the hearts of their officials, but when these traitors became kings, they themselves once again committed the same sins. From here we can draw an important lesson: Faith is continuously passed on.


How Far Does the Flawed Faith of King Jeroboam Extend?

As we know very well, it’s safe to say that the flawed faith of King Jeroboam extends well into today’s Christianity. That’s because Christianity all over the world is now serving golden calves as its gods. Most of you probably know King Ahab, perhaps the evilest of all kings in the history of Israel. King Ahab of the northern kingdom of Israel had inherited Jeroboam’s faith so typically. His wife was Jezebel. This foreign woman worshiped idols so much inside Israel, and she had such a control over her husband King Ahab, that she contributed singularly to turning the whole nation of Israel into a completely pagan nation of idolatry.
After Jeroboam became king over the people of the northern kingdom of Israel, he made two golden caves and made them believe in these calves as Jehovah God. In doing so, he turned himself into the pioneer that led the Israelites to a flawed faith. And this fallacious faith of Jeroboam continued all the way down to the days of Jesus Christ. Isn’t it truly astounding? Jeroboam was clearly punished by God for his fallacious faith, and so how was it possible for his faith to continue to be passed on? Why did the people of Israel repeat the mistakes of Jeroboam time after time and suffer as a result, when they knew very well that such faith was wrong? Even as the throne of the northern kingdom of Israel kept changing hands, the faith of its kings remained the same constantly. Regardless of whether the throne was succeeded by its rightful heir or by a seditious official, every king invariably inherited the faith of Jeroboam. The kings of the northern kingdom of Israel had made themselves High Priests and led their people to a fallacious faith. That’s why the people of Israel believed as commanded by their kings, provoked the wrath of Jehovah by committing the same sins that King Jeroboam had committed, and were ultimately destroyed together with their kings.
While reading the Book of 1 Kings, I thought to myself, “The people of Israel and its kings were so pathetic!” As the royal lineage continued on and new kings came and went, they should have realized how their preceding kings were cursed for worshiping golden calves as their gods, and with this realization they should have turned around right away and believed in God properly, but they did not turn around from this mistaken faith. I want none of you to ever be like these people. When the son of Jeroboam became king, he, too, committed the same sins that his father had committed by worshiping golden calves and idols, but it wasn’t just Jeroboam’s son that fell into sin like this, but his people also believed just like him and followed in his way. It’s because of the flawed faith of King Jeroboam that the entire nation of Israel was destroyed. When the kings of Israel realized that their faith was flawed, they should have turned back to God to avoid being cursed, but far from turning from such mistaken faith, they taught it to their own people. They taught their people like this because they were kings of Israel. And the people of Israel believed according to how they were instructed by their kings.
The same thing is happening in across Christian communities today: Christians believe according to how they are taught by their leaders. Some denominations emphasize their history, saying, “Since the preceding pastors of our denomination were martyred for God, let us all live our lives like them!” That’s all good and fine. But I think it would be better for them to lead today’s Christians to live out their faith now, rather than exploiting the faith of the martyred pastors who went before them. I believe that the proper faith in God stems voluntarily from a faithful heart that is inspired by the gospel Truth of the water and the Spirit.

Even Now, Jeroboam’s Faith Is Succeeded by Those Who Worship Golden Calves