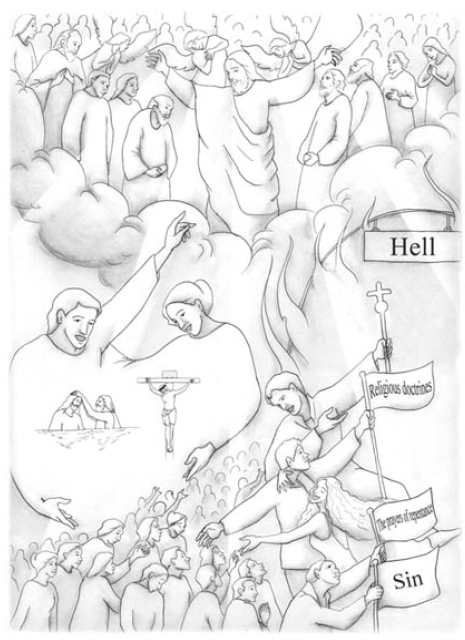 
Today’s Scripture passage tells us that when Ahaziah, the son of King Ahab of the northern kingdom of Israel, assumed the throne in Samaria, he walked in the wicked way of his father and mother—that is, he also followed the way of Jeroboam who had made Israel sin—and provoked Jehovah God to anger just as his father had done. Succeeding his father, Ahaziah ruled over Israel for two years, and died from the wound he suffered from a fall. The question here is this: What exactly did he do during his two years of reign? The Bible says that as he walked in the way of his father and mother, in the way of Jeroboam the son of Nebat who had made Israel sin, Ahaziah also worshiped golden calves and thus provoked the Lord God of Israel to anger. Among those who followed Jeroboam the first king of the northern kingdom of Israel to assume its throne, there was no king who ever feared Jehovah God and pleased Him. It’s all because these kings followed all the sins committed by Jeroboam the son of Nebat, the first king of the northern kingdom of Israel.


The Incomprehensible Behavior of the Kings of Israel

Present-day Christianity around the World Must Change Its Gospel