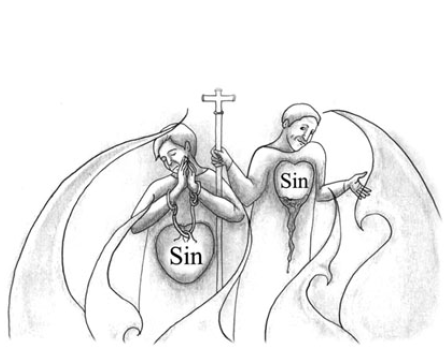 (Genesis 10:1-14)
“Now this is the genealogy of the sons of Noah: Shem, Ham, and Japheth. And sons were born to them after the flood. The sons of Japheth were Gomer, Magog, Madai, Javan, Tubal, Meshech, and Tiras. The sons of Gomer were Ashkenaz, Riphath, and Togarmah. The sons of Javan were Elishah, Tarshish, Kittim, and Dodanim. From these the coastland peoples of the Gentiles were separated into their lands, everyone according to his language, according to their families, into their nations. The sons of Ham were Cush, Mizraim, Put, and Canaan. The sons of Cush were Seba, Havilah, Sabtah, Raamah, and Sabtechah; and the sons of Raamah were Sheba and Dedan. Cush begot Nimrod; he began to be a mighty one on the earth. He was a mighty hunter before the LORD; therefore it is said, “Like Nimrod the mighty hunter before the LORD.” And the beginning of his kingdom was Babel, Erech, Accad, and Calneh, in the land of Shinar. From that land he went to Assyria and built Nineveh, Rehoboth Ir, Calah, and Resen between Nineveh and Calah (that is the principal city). Mizraim begot Ludim, Anamim, Lehabim, Naphtuhim, Pathrusim, and Casluhim (from whom came the Philistines and Caphtorim).”


When the first world was judged by flood, only Noah’s family of eight survived, and so all the tribes in the new world after the flood descended from Noah’s sons: Shem, Ham, and Japheth. Today, I would like to first examine the mighty hunter called Nimrod from the genealogy of Ham, one of Noah’s three sons.

Even Today, There Still Are Mighty Hunters Aiming at People’s Souls

These Mighty Hunters Have Turned into Heretics Unwittingly, for They Do Not Know the Gospel of the Water and the Spirit