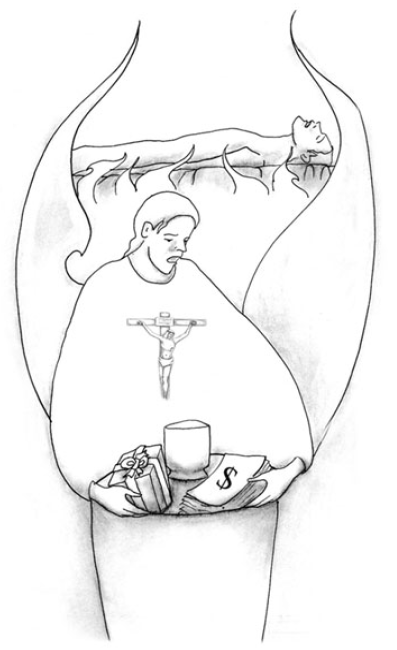 (Genesis 11:1-9)
“Now the whole earth had one language and one speech. And it came to pass, as they journeyed from the east, that they found a plain in the land of Shinar, and they dwelt there. Then they said to one another, ‘Come, let us make bricks and bake them thoroughly.’ They had brick for stone, and they had asphalt for mortar. And they said, ‘Come, let us build ourselves a city, and a tower whose top is in the heavens; let us make a name for ourselves, lest we be scattered abroad over the face of the whole earth.’ But the LORD came down to see the city and the tower which the sons of men had built. And the LORD said, ‘Indeed the people are one and they all have one language, and this is what they begin to do; now nothing that they propose to do will be withheld from them. Come, let Us go down and there confuse their language, that they may not understand one another’s speech.’ So the LORD scattered them abroad from there over the face of all the earth, and they ceased building the city. Therefore its name is called Babel, because there the LORD confused the language of all the earth; and from there the LORD scattered them abroad over the face of all the earth.”


The lineage of every race on this planet earth is traced back to Noah and his sons and daughters-in-law, who began to multiply once again when they emerged out of the ark at the end of the flood. The Bible says, “Now the whole earth had one language and one speech. And it came to pass, as they journeyed from the east, that they found a plain in the land of Shinar, and they dwelt there. Then they said to one another, ‘Come, let us make bricks and bake them thoroughly.’” This indicates, that the people of that time were trying to build a closely entwined society, to avoid being scattered around. Prior to the construction of the Tower of Babel, there was only one language in this world. But as the Bible says, many languages sprang forth all over the world subsequent to the construction of the Tower of Babel.


The Lessons of the Tower of Babel

Noah’s descendants were one family, and they all used one language. As they journeyed from the east, they came across a plain in the land of Shinar, and there they built the Tower of Babel to avoid being scattered. The plain of Shinar was located in today’s Iraq, and it’s in this region that they decided to settle down and form a unified community. It’s likely that this region back then was a fertile land, filled with lustrous green fields and plenty of animals to provide abundant sources of food. There they built a tower to reach up toward the heavens thereby trying to make a name for themselves so as to avoid being scattered all over the face of the earth. When God saw how these people were all unified trying to make a name for themselves so as to avoid being scattered, He realized that if this display of arrogance was tolerated that they would think that nothing was impossible for them to achieve. So God put an end to their construction of the Tower of Babel.
There is a good spiritual lesson that we all can learn from this incident: When human beings unite together, they can make impressive material advancements, but when this happens, mankind invariably comes to stand against the righteousness of God. So the lesson from today’s Scripture passage is that we humans should not seek to prosper on our own just among ourselves without having faith in the righteousness of God.
What was the people’s intention when they were trying to build a tower that would reach up to the heavens? Their intention was to make a name for themselves. In other words, as the arrogance of their hearts reached the heavens, they came to stand against the righteousness of God. There is no other reason to explain why they were so absolutely intent on building the Tower of Babel to reach the heavens. After all, they could have just built and lived in ordinary buildings. But they didn’t realize that Satan was working in this world through the thoughts of mankind.
The righteousness of man itself is a challenge to God. Trying to establish your own human righteousness is the same as boasting your own power before God, and it shows that you’ve lost your humble disposition to rely on the righteousness of God. So you must realize just how evil it is before God to try to establish your own righteousness. For mankind to try to build a city and a tower tall enough for its top to reach up to the heavens is the same as rejecting God’s mercy and provoking His wrath. Historically speaking, it’s when human beings tried to build the Tower of Babel after Noah’s flood that they were scattered by God, and it’s because of this incident that people all around the world now speak different languages. All these things happened as a result of the wrath of God provoked by mankind’s own action. This shows us that God abhors it the most when people let their lives be ruled by Satan and stand against God’s mercy.
Even today, we can see that just like the builders of the Tower of Babel, all the religious people of the world are also standing against the righteousness of God by building up their own human righteousness. Every religion in this world is now challenging God’s righteousness. With their accumulated righteousness, the religionists are defying God and His righteousness. Doesn’t everyone nowadays just love to show off his own virtues? In these days, everyone likes to build up his own good deeds and stand against God, His righteousness, and the gospel of the water and the Spirit. The righteousness of mankind is therefore a direct affront to the righteousness of God, and it is a sure way to provoke God’s enmity.

The Souls of the Spiritually Mistaken People