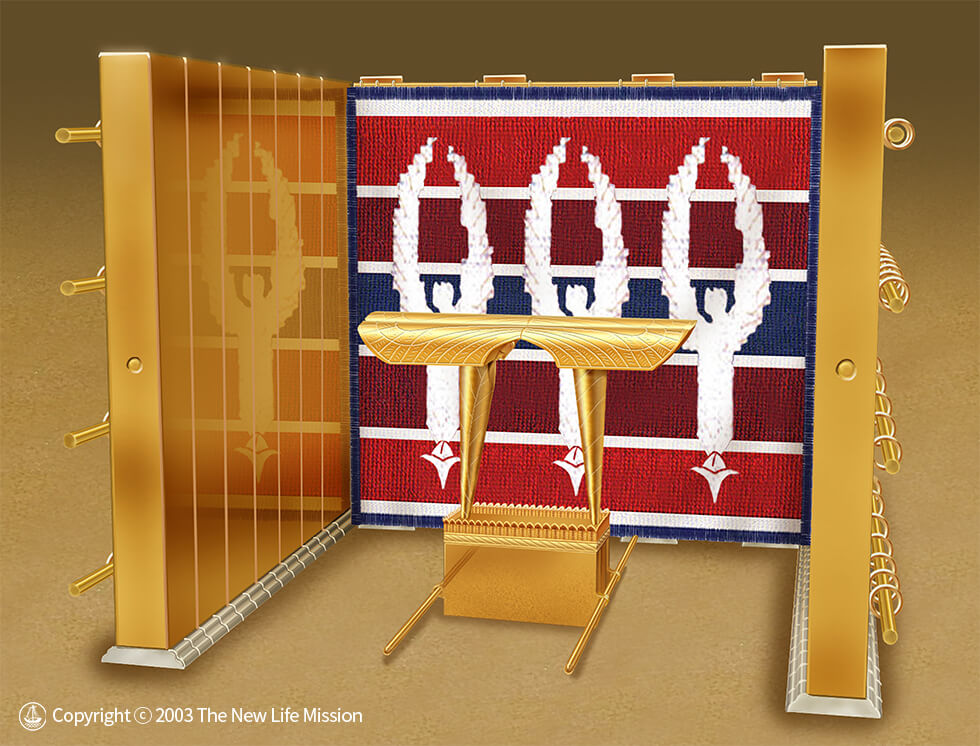 The Most Holy was the place where God dwelt. In the Most Holy, two cherubim stretching their wings looked down from above the lid that covered the Ark of the Testimony. The space between the two cherubim is called the mercy seat. The mercy seat is where God bestows His grace on us. The covering of the Ark of the Testimony was stained by blood, as the High Priest sprinkled the blood of the sacrifice given for the people of Israel on this mercy seat for seven times.
Only the High Priest could enter into the Most Holy once a year, on the Day of Atonement, carrying the blood of the sacrificial goat for the remission of the sins of the Israelites. He did so because the Most Holy of the Tabernacle, the House of God, was a holy place where he could not enter unless he took the blood of the sacrifice, on whose head his hands were laid, to blot out the iniquities of sinners.
God thus descended on the mercy seat and bestowed His mercy on the people of Israel. To those who believe in this, God's blessings, protection, and guidance begin. From then on, they become the true people of God and are eligible to enter into the Holy Place.
Related sermons